New version of our iOS mobile app on Apple Store !

This ProgressionLIVE iOS 1.49 update is mainly about adding a system of high priority comments. We update regularly to provide you with a better experience with ProgressionLIVE dispatch software.

This update will be released during the week of November 5th, 2018.

Displaying the comments of a task

When creating a task in our web interface, it is possible to add comments. However, these comments were not visible on mobile devices. Thus, we added a Comments button that gives access to all the comments of the task. In addition, to distinguish between read and unread comments, we added a bold font for comments with no read date. 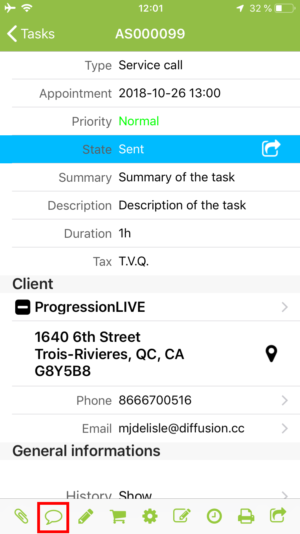 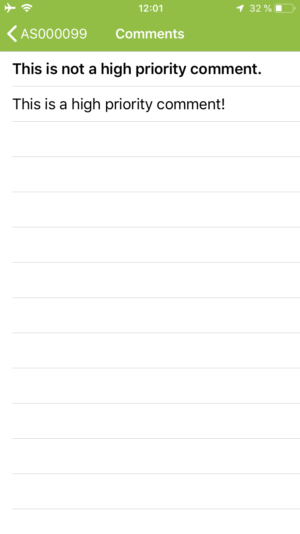 In addition to display comments in our mobile app, we display high priority comments in a different way, to get employees’ on the road attention. For example, comments with the High Priority box checked will be displayed as a popup when the task is opened. The user must click OK to close the popup, which will confirm the reading of the high priority comment. Note that it will also be in the Comments window of the task. 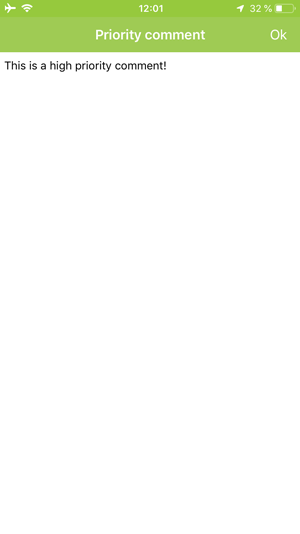 We have fixed various bugs.

Stay informed of future iOS updates by subscribing to our newsletter.